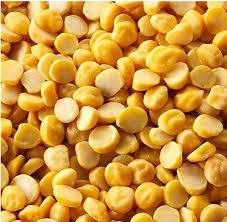 Arhar Dal is also known as Toor dal or Pigeon Peas and is widely cultivated in tropical and semi tropical regions. India is largest producer of yellow pigeon peas and accounts for 80% of the global production. It is consumed on a large scale mainly in South Asia and is a major source of protein for the population of the Indian subcontinent. In India, split pigeon peas are one of the most popular pulses, being an important source of protein in a mostly vegetarian diet.

We “Shree Dauji Industries” are one of the India’s largest manufacturer, trader & exporter of Arhar dal. We are one of the few agro commodities manufacturers who are engaged in manufacturing, trading and exporting of high quality assortment of yellow pigeon peas.